EFT (Emotional Freedom Technique) is a process of what has become known as “Energy Psychology”. A term derived from the fact that it has ‘borrowed’ various therapies and combined them with a range of techniques associated with the body’s natural Energy processes.

At its heart, it is a form of counselling that makes use of acupressure or ‘tapping’ at various points on the body according to the APA (American Psychology Association) it is found to be an effective evidence-based practice for conditions such as anxiety, depression and trauma.

These behavioural change techniques are based on the same principles as acupuncture and acupressure, which typically involve some form of stimulation along specific energy or meridian points. The principles being that through this stimulation, which results in deep relaxation, while internally focusing on the object causing the phobia, the client becomes desensitised to the object.

EFT has been proven to have great success in the treatment of anxiety-based conditions, in particular the treatment of phobias. It has been reported to be rapid acting and has the added benefit of being non-intrusive and very easy for the client to administer themselves. Furthermore, this form of therapy has proven to be just as effective in treating both verbal descriptions and images of the thing causing the phobia.

The term itself and the processes associated have only been in existence since the late 60’s. Therefore the history of EFT per se is a short one. It is worth however at this point mentioning some of the energetic health principles it has borrowed from, the histories of which go back thousands of years. What Research is there on EFT?

This question is often asked but no-one can actually prove how EFT works as many scientists differ in their theories. There have been reviews regarding its efficacy, from anecdotal reports to randomized clinical trials that can be found on the internet or on the Research pages on www.emofree.com

• Dawson Church Mind to Matter and many other research is now available.

A similar technique is Eye Movement Desensitisation and Reprogramming (EMDR) which has reached the minimum threshold for being designated as an evidence-based treatment. The latest clinical trial (published in the Journal of Nervous and Mental Disease [2011]) comparing EMDR v EFT for Post Traumatic Stress however proved EFT was as effective as EMDR.

It must be borne in mind that because there is still limited scientific evidence and differing theories as to how EFT works, there will still be some scepticism and resistance from those who need gold standard evidence. However, this doesn’t deter some medical/mental health professionals and complementary therapists from using it in their practice.

CALL NOW FOR YOUR FREE CONSULTATION 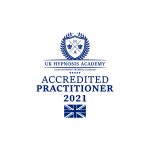